Nov 15 Classic Box Cost Disappointed in the decision to bundle the subs and (at least for now) not have a separate Classic sub option. That said, can we at least get a separate box cost for access to classic? It would: - help alleviate temporary bloat and subsequent dead realms - servers would be more stable population-wise over time - remove the bulk of the need for sharding - give a solid idea of how many servers will be needed - allow blizzard to set up a separate classic forum for those with a monetary commitment - with a separate forum group, feedback would be limited to those with a vested interest The subs would still be bundled, but there would be a box cost, akin to what one would have to pay for BFA access. A very good to-the-point post from later on in this thread:... Another good post about how the current setup would necessitate sharding:... A decent (albeit short-term) alternative:...Brokenwind314 Nov 15 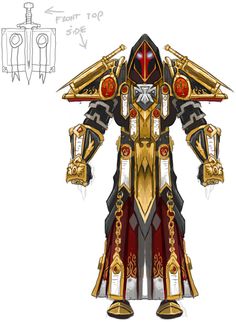 In restoring World of Warcraft Classic, our guiding principle has been to provide an authentic experience. Things might run a bit smoother and the hardware is better, but the game should still look and feel like you’re playing World of Warcraft from 2006. Things like combat equations, original models, and hunter skills are certainly part of that—but things like social dynamics are a part of that too. The reliance on others, the effort it took to assemble a group, and how that impacted your journey into a dungeon—these were all part of the classic experience that we wanted to preserve.

Nov 15 Classic was great, BC was better. IMO, BC hit the sweet spot in terms of content and gaming for WoW. It basically kept the core gameplay of Classic, but streamlined it for a better experience. Questing wasn't much different (still needed groups for hard quests), dungeons were still challenging (no LFD, heroics could be very difficult), and the raids were plentiful and required less people (25 and 10) Classes were much more balanced, specs were vastly improved (druids and paladins could finally tank and DPS as good as they could heal) In PVP, arenas are one thing I don't know if they should have ever added TBH. Some people might complain about the introduction of flying mounts, but I think it fit the expansion well. Also, Shattrath City was a great city hub! I enjoyed spending time there. Overall, I think it was the best WoW has ever been.Rhamus13 Nov 15
Things like Tauren melee reach being bigger, which is something I experienced going away live during Black Temple Illidan progression (at least for that particular encounter), is confusing to players as it's a significant advantage over other races in some instances. No quest tracking is another apparently confusing issue, as many Mankirk's WIfe seekers well know, and there's a whole lot more where that came from:


Hey folks! I’ve got a small update here to help quell some of the rumors and let you know where we are at for WoW Classic. We recently began a phase of internal employee alpha testing. The new build data that many of you have been discussing over the last few days is simply part of this process. Phases like this allow us to test out the game content along with other functionality that will be used in the live game, like logging in through the Blizzard Battle.net 175 App.
Players will be selected for beta based on a range of criteria, including having an active WoW subscription. Opting into beta via the WoW Account Management page is the primary way to register, but other factors, like how long you’ve played the game, may also be taken into account. There will be three stress test periods: May 22-23, June 19-20, and July 18-19. Players will be able to reserve character names beginning on August 13 (or slightly ahead of that time, if you live in the Americas) with up to three reservations per WoW account.

To fully understand the interplay, consider terrain. This includes the placement of hills and valleys, trees, buildings, and more. When hooking up the old terrain data files to the new modern game system we realized that the way the system looked at the shape of data was different. This resulted in the updated system and classic data not aligning, resulting in weird issues like Kolkar campfires underwater or burnt-out trees from the Cataclysm era appearing in the original world.
As it had been executed in Vanilla, Can Blizz launch the PvP rank system? As somebody who was wow classic gold around back then, and without needing to get overly hand-wringy, I feel that the position system itself supported some fairly unhealthy behaviors. That top rank took months of continuous grinding, and I mean constant, 10 to 12 hours each day, to the stage where people weren’t even functioning properly and everything out of that honor grind was excluded. There were things in WoW Classic that you had to forfeit your wellbeing and life outside of WoW Classic to obtain.