Nov 15 Looking Forward. So simple fun thread to see how you all think and feel. Name 1 thing you are definitely looking forward to, preferably not the obvious stuff but whatever go wild! I'll start with one. Professions aiding in immersion. Not sure if many noticed this but something I am excited about playing a hunter is the professions and how they aid in immersion for the hunter class so freaking well. All of the secondary profs help hunter immersion. Cooking, Fishing and First Aid all actually fueled the hunter lifestyle. Add in Skinning and Leather Working and it's straight up Hunter RPG.Melaned22 Nov 15
And once you had been performing so 10-12 hours a day for weeks on end the thought of that time you’d already sunk into it made it rather difficult to stop. Combine this with the fact that missing a single day could put you back a full week of progress and you’ve got some pretty bad mojo going on.It may be argued that the Vanilla PvP honor rating system attested a lot of the negative perceptions about the MMO scene and video game addiction generally at the time. IMO it would be an error to reinstate it.
In terms of what the World of Warcraft Classic Best Classes are, Warrior and Priest stand out almost instantly. This is partly due to the fact that Protection Warrior is the only viable Tank Class in WoW Vanilla Patch 1.12. Both the Proc Warrior and Priest are required for Raids and when combined in a PVP setting can be a fierce combo on the battlegrounds.


Nov 15 Loot trading is perfect for vanilla Loot trading is a good thing. It promotes forming close bonds and guilds. For example, lets say you are in a 5 man pug party, and 3 of those party members are in a guild, or are friends. Those 3 can roll for each other and pass the loot to the friend who wants it. ---------------------------------------------------------- Since in vanilla, all casters and healers want the same loot, and all melee and ranged dps want the same loot, you can always justify rolling to increase your friends odds. Now, if there was no loot trading, then pugs get the same chance as you to win loot, and that isn't right. Vanilla is supposed to be about community and friendship, not giving everyone an equal chance at loot. Sure, some people will be inconvenienced by it, but vanilla IS inconvenient, and slow at times, but we sacrifice convenience for more social interaction, and loot sharing will bring friends and guilds together like never before. Blizzard understands what we want, so that's why i'll be playing classic, and you should too. ---------------------------------------------------------------------- PS: The loners who try to get through the game with none having their back will have a harder time, and that's how it's SUPPOSED to be in an mmo. cant you see? This is nothing if not an improvement.Windsheared159 Nov 15
Gold in World of Warcraft: Classic can be earned with a bit of luck too. By killing and looting mobs you might find some truly rare items. Some of them might be usable by you but others might not. Don’t just sell that piece of rare equipment to the nearest vendor as it can earn you quite a bit in the auction house. Especially if it’s an item for a level 50+ character.
Other decisions were slightly less clear cut. At one point in WoW’s history, there was an 8 debuff limit on any one target. This was later raised to 16, and today there is no debuff limit. Thes change radically changed the balance of classes and strategies players could employ when using these debuffs to overcome content. To preserve that balance—and to avoid the slippery slope of retuning patch 1.12 data to compensate for such modern-era changes—we’re looking at setting a debuff limit of 16 for WoW Classic.
Classic WoW is the highly anticipated, upcoming (re) release of the original, first World of Warcraft version, known as Classic and by it's other popular ice-cream like name: Vanilla WoW. Dubbed Retail Classic, or Official Classic by the playerbase - it was finally announced by Blizzard in November 2017, after a lot of pressure from the Private Server World of Warcraft community, since the latter's shutdown of the most popular Private Server called Nostalrius which featured the first WoW version in two separate PvP and PvE servers.
Beginning May 15, select WoW players will be invited to participate in a small-scale, focused closed beta test. Players will also get a chance to help put our servers and technology through their paces in a series of stress tests running from May through July—you can opt in now through Account Management and select the WoW Classic beta. Subsequent stress tests will extend the opportunity to even more players. Level caps will also be in place to ensure we’re emphasizing the “stress” in “stress test”
Nov 15 My only complain about Classic... ...Horde doesn't have any nice looking races. In my mind each class has best RPG based race for it. So, I like Gnomes because I feel them Mages. Night Elves - Hunters. Humans - Paladins. On Horde side: Undead - ugly. Trolls - ugly. Orcs... uhh fine as Warriors, but I don't play warriors. Tauren - Warriors or Shaman, again don't play those. Blood Elves! Give me Blood Elves!Vlasta36 Nov 15 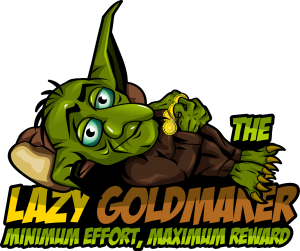